Why to choose a YOGA TEACHER TRAINING in Rishikesh?

Many people who come to Rishikesh for a YOGA TEACHER TRAINING have already heard about this place and chose it with full intention to be the place to be trained as an ongoing Yoga teacher. Indeed Rishikesh became a very well-known metropolis of Yoga and especially teacher trainings over the last decades, but the reason for it goes back to ancient times.

Rishikesh – also known as the world's Yoga capital - was ever known to be a holy place and it is considered as one of the 7 holy cities in India. Eversince sages and Yogis came to Rishikesh to meditate, since it is said that meditation in Rishikesh leads one to Moksha (Enlightenment).

Rishikesh is among the most ancient pilgrimage centers of India and often referred to as the ‘Abode of Gods’. The name of the town itself is after one of the names of Hindu God, Lord Vishnu (preserver of the universe). Rishikeshs history is filled with numerous legends and mythical stories. According to legends, the great Hindu saint Raibhya Rishi performed prolonged penance on the banks of Holy River Ganges at this place. As a reward to saint’s strong penance, Lord Vishnu appeared to him in his incarnation of Lord Hrishikesh. Thus the place got its name.

During the initial medieval period in India the place started to gain more popularity. During 8th century Adi Shankaracharya, one of most renowned and revered sages from India, built several temples and ashrams in the region. Unfortunately, most of the temples and ashrams were destroyed because of several earthquakes and floods that have affected the region over the centuries; however, some temples still stand tall and are reminiscent of the rich cultural heritage of the place.

Yogic values (ahimsa – nonviolence) are embedded into daily lives culture by the banks of Ganga Maa (the holy river Ganges) - therefore Rishikesh area is kept fully vegetarian and antialcoholic by law.
By the Banks of Ganga Maa – Gangotri the source of the holy river Ganga is not far from Rishikesh, therefore Mother Ganga is showing herself very pure and clean in Rishikesh. Don`t leave the holy city without taking a bath (only on spots for bathing).
Besides Rishikesh´s religious importance for Hindu pilgrims, it also became world famous through the visit of the well-known band The Beatles in 1968. The band stayed for several weeks at Maharishi Mahesh Yogi’s ashram, inorder to seek for life´s deeper meaning. On their path they learnt transcendental meditation to understand the deeper meaning behind human existence. Finally most songs of their most famous album, The White Album, where written in Rishikesh. Since their visit, millions of people from across the globe have thronged the place, either to seek answers to their own questions or to witness the remains of that historic event. 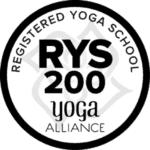